Assam is situated in the northwest of India and is known worldwide for its tea. So most people in the project region Helem work in the surrounding tea plantations. As in many rural regions of India malnourishment and infections are a common cause of death in Assam, with toddlers especially stricken. The rural regions suffer from a lack of doctors, healthcare staff and medical facilities. Even if medical treatment is available it is for most too expensive.

During one week more women die from pregnancy complications in India than in whole Europe in one year. This is especially the case in Assam. 300 out of 100.000 women do not survive the birth of their child. Also the infant mortality rate is enormous: 70 children out of 1.000 newborn babies die before their fifth birthday and more than half of them within their first month of living.

In industrialized countries the main medical problems are diseases of modern civilization resulting from an unhealthy life style. In contrast to them India is dominated by illnesses resulting from impoverishment such as infections caused by diarrhea, pneumonia, tuberculosis, malaria, leprosy and many others. Many children are chronically malnourished and die from deficiency symptoms.

There is one hospital bed for every thousandth inhabitant in India in comparison to Austria with eight beds for 1000 inhabitants. The Indian government is aware of the problem of the insufficient provision of medical care for the rural population. They try with various programs to reduce these deficiencies. Unfortunately corruption and social reasons prevent the access to medical care for many people, which means that even simply treatable illnesses end mortally.

Help for pregnant women and infants

Here the project Helemhealth starts to work. The hospital and the maternity ward is the first step to secure the medical treatment of pregnant women and infants, especially in Helem the health of poverty-stricken people shall be improved. They cannot afford expensive treatment in private hospitals and depend on poorly equipped state healthcare facilities. The Project Helemhealth improves the chances for medical treatment and reduces infant and maternal mortality.

Join us in providing medical care for children and women and saving hundreds of lives. Thank you! 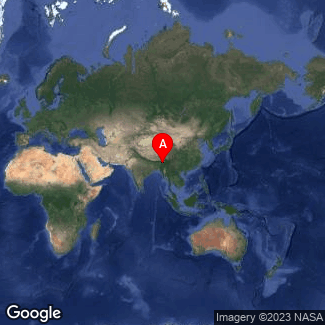